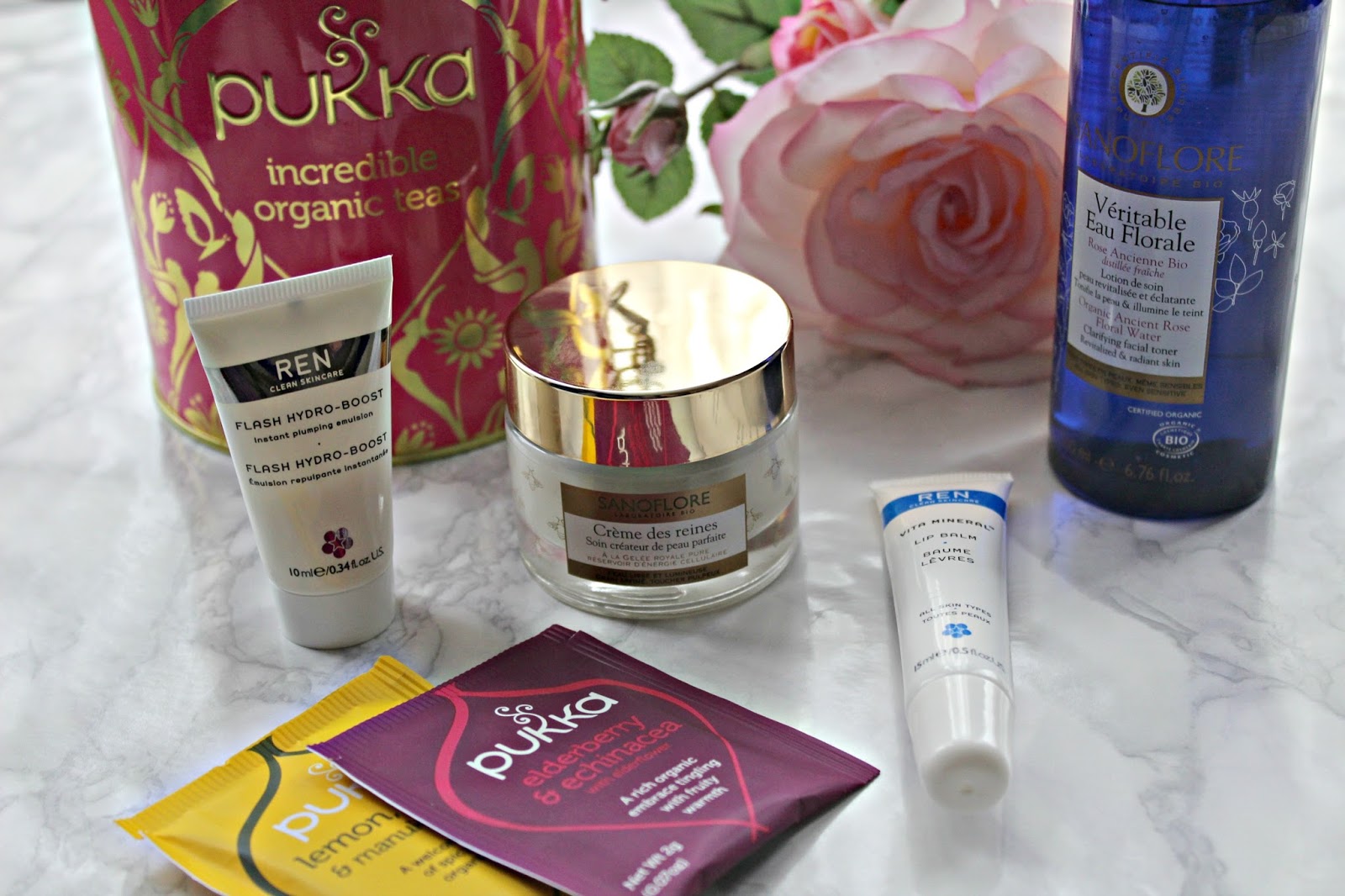 The trend for larger corporations buying up smaller, independent businesses has created something of a social media storm in recent months and it is a shift that shows no signs of slowing down. In an era where customers can have a visible and direct conversation with brands through social media platforms such as Facebook, this is resulting in a lot of unhappy feedback, some of it incredibly vocal. It would seem that for many consumers who are driven by company ethics, this is an unwelcome development.

The first brand sale that caught my attention was REN clean skincare and it’s sale to Unilever back in 2015. This sale was predicted at the time, to be part of a pattern and it has played out that way with Unilever selling off poorly performing food brands to focus on the personal care market. Despite it’s “clean skincare” mantra REN was never really clean enough to please the purists, but it did have a firm place in the market as an independent and cruelty free brand. It’s Unilever’s animal testing policies upset many REN customers, as it is involved in animal testing where required by law. Several years on after the initial dust of the sale has settled and it doesn’t seem to have affected REN’s business negatively in any way. REN likely gained a whole new customer base thanks to the Unilever investment which more than makes up for any custom lost from those who were looking to support an independent brand.

Animal testing is an already complex issue, but when it comes to larger corporations and the acquisition of smaller brands, this issue is even harder to decipher for consumers. Most corporations with a longstanding history will have at some point tested on animals, something that many brands would now prefer to ignore. Despite the progress made to abolish testing in recent years, consumers are becoming more aware of legal loopholes and brands selling in Chinese territories, where under certain circumstances it is mandatory for brands to agree to their products to be tested in order to stay on the shelves. Nowhere in the beauty market are the waters quite as muddy as the term “cruelty free”, but increased awareness means that carefully worded FAQ’s or testing policies are no longer enough to satisfy many savvy consumers.

I was surprised to see that L’Oréal acquired organic brand Sanoflore way back in 2006. Up to now it is a brand I had never heard of, but they seem to be making it available in the UK through retailers such as Feelunique. Clearly tapping in to what is an ever growing appetite for natural and organic products, L’Oréal were ahead of the game with this purchase. I have tested a couple of items and they are exactly what I would expect from a slightly more mass market naturally led brand. To me the products have a similar feel to Melvita, which is owned by the L’Occitane group. The products I tested, a floral water and a moisturiser were lovely, not particularly innovative or exciting in my opinion, but nice all round products. The only thing stopping me from repurchasing would be the connection with the L’Oréal group, who have recently weathered their own social media storm thanks to their True Match campaign.The hiring and subsequent firing of model and activist Munroe Bergdorf became a messy row, ironically over race and diversity which the campaign claimed to be championing. The media attention both Munroe herself and the details of her firing received, brought the conversation about politics and race in firmly to the forefront of the beauty world, showing that these issues can never really be separated from other areas of life.

In April this year Unilever acquired a minority stake in US brand True Botanicals (formerly known as True Nature Botanicals). Unlike REN, this acquisition took me by surprise and certainly rocked the boat a little in the green beauty community. Despite claims from the brand that nothing would change, people had their reservations and feedback overall was that many current customers would be  voting with their dollars against the move. My personal stance on parent companies is simple, I think it is an individual choice for each consumer to make whether they feel happy support a brand with a parent company. It has been pointed out that it is much harder to avoid parent companies when it comes to food and other household goods compared to cosmetics, something I would broadly agree with, but the most important thing is people need have the information in order to make choices.

The latest acquisition by Unilever was one that caused the most conversation online; it was announced just a few weeks ago that they have added organic tea and supplement brand Pukka Herbs to it’s line up. Hundreds of loyal customers took to the companies social media platforms to express their disappointment, with many feeling understandably anxious about what this will mean for Pukka’s future, with many other’s telling the brand in no uncertain terms, they will boycott. Pukka has organic certification through the Soil Association as well as giving one percent of their yearly profits to charitable causes. Pukka has long been seen by many as the epitome of an ethical business, growing steadily for over fifteen years, Pukka is already widely available through retailers big and small across the world without compromising it’s current ethics. So why sell?

The statement put out by Pukka herbs founders Tim and Sebastian was incredibly interesting, because it acknowledges several problems with the ethical business market. One being the need for growth and capital to sustain that growth. The other being public perception of corporations; including greater awareness of ethical issues, environmental impact and fair deals for suppliers. The statement openly acknowledges that they anticipated this sale would raise questions, but the bottom line is that they felt it was the best option for their business and did it anyway. They also mention wanting to influence Unilever from within, something I am highly sceptical about them actually achieving, given that they have now become a small fish in a big pond of brands that operate in a very different way.

Looking at the language used in the statement from Pukka owners Sebastian, it is clear that for today’s ethical consumer, the growth of certain brands is something of a double edge sword. On the one hand increased availability means that more people have access to high quality products, whether they are looking to buy ethically or not. On the other hand dilution of those ethics is a real concern. Can ethical brands with large parent companies such as L’Oréal or Unilever ever truly uphold their values, especially when they are in direct opposition to those of said parent company?

Customer feedback in these cases speaks loud and clear about the emotional connections people feel with brands marketing themselves in the ethical space. The more a companies success is based on these perceived values, the more disappointment people feel when a third party who does not share those values becomes involved. Also worth mentioning in this scenario, is the backlash against make up brand Nars for it’s recent announcement it will move in to the Chinese market and loose it’s cruelty free status. For many customers who chose Nars as an alternative to other similar brands already selling in China such as Mac, the fact that they had built the brand based on their ethical treatment of animals only to make this move now they are owned by the even bigger parent company Shisheido, speaks volumes about how problematic these brand relationships can be. When it comes to the Chinese market, the potential for sales seems to outweigh the negative PR created for most brands. I have heard rumours that a change in Chinese law is imminent which will save beauty brands a lot of headaches I am sure, but whilst they still remain in place it is obviously something customers care about and a topic that will continue to spark debate.

The most recent company to sell to Unilever is Schmidt’s deodorants, who received a lot of unhappy messages from their customers. Schmidt’s is a vegan and natural deodorant brand. I don’t think they were quite prepared for the level of feedback they would receive.

It’s an interesting time for natural, organic and ethical businesses and I have no doubt that these topics will continue to generate lot’s of thoughts. I would love to hear your opinions on this, does this trend concern you? One of the questions these acquisitions brings up for me is simply: If large corporations want to buy in to the natural, organic and ethical market, why not change up the ethics and ingredients of their existing brands? Something tells me that dollar signs speak loader than words. 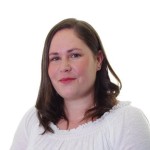 Written by Ana – A natural beauty enthusiast, mum of two and chocoholic.

My name is Ana. Beauty obsessed industry professional. I talk you through all my best discoveries from mainstream to niche brands!

END_OF_DOCUMENT_TOKEN_TO_BE_REPLACED

Get all my latest posts, news, competitions and exclusive offers delivered straight to your inbox!